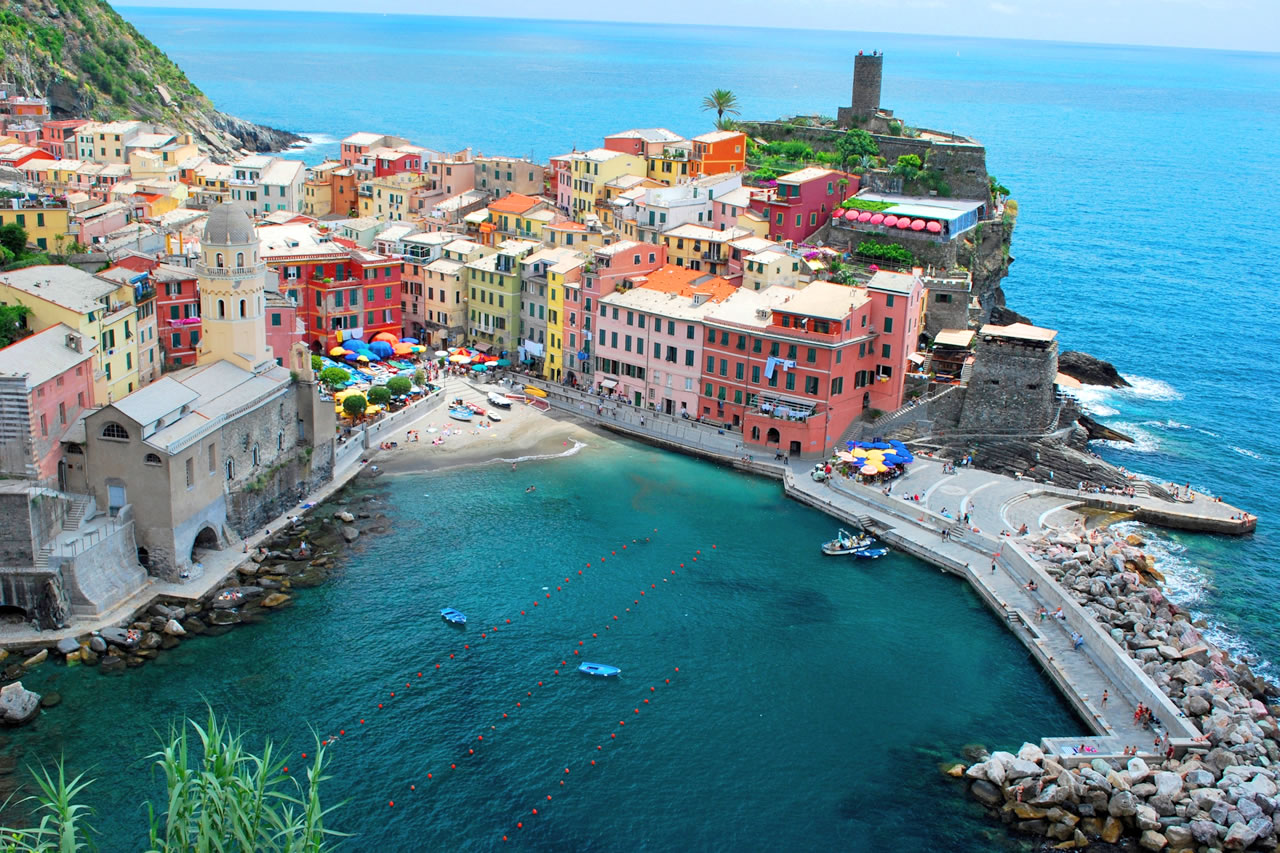 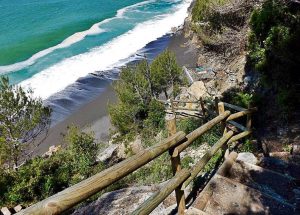 Punta Corvo is definitely one of the places where the wild beauty and the strong colors leave the visitor speechless.

You can reach it from Montemarcello following the path n. 436, in the street near by the info point. During the short path,  you can see the islands of the Gulf of La Spezia: Tino, Tinetto and Palmaria and the promontory of the gulf.

When you arrive on the top, 260 meters above sea level , You can admire the coast lies down on the beach, called Punta Corvo, before reaching the sea.

The name derives from the presence of a thick layer of white limestone saccharoid clearly visible from the sea, used for its beauty since Roman times. Characterized by a dark gray sand, produced by the disintegration of the surrounding rocks, the beach is about 200 meters long and is surrounded by typical Mediterranean vegetation; access is free, unpolluted sea and deep.

The beach of Punta Corvo is the largest among those that has been formed in the creeks of the coast that goes toward Tellaro, certainly is the most beautiful as it was included in the list of 11 most beautiful beaches in Italy. It received an award by Legambiente during the summer of 2003. 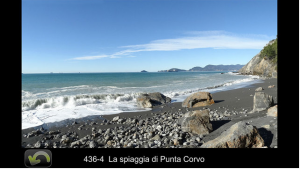 From Montemarcello, to reach the beach, there are two possibilities: by foot, at the end of 700 steps, following the path number 436 (about 40 minutes); by boat, with the spring and summer service, departures from Bocca di Magra (from 9 to 19) and from Fiumaretta (on the left bank of the river Magra). Departures are each 30 minutes.